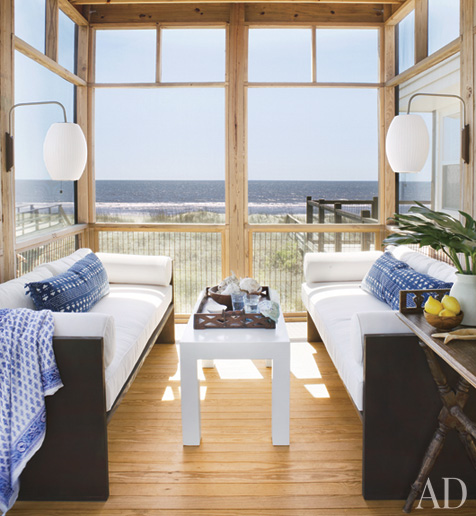 We fell pretty hard for this charming beach bungalow, designed by Amelia T. Handegan, as seen in last month's Architectural Digest. Located in Folly Beach, South Carolina (what a cute name, right?!), this little home is practically perfect in every way. It's at once well-designed and yet totally relaxed, and takes advantage of a mostly black and white color scheme to breathe fresh life into the 1940s oceanfront property. 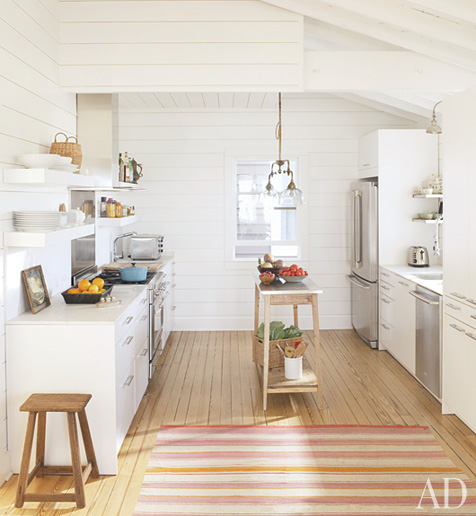 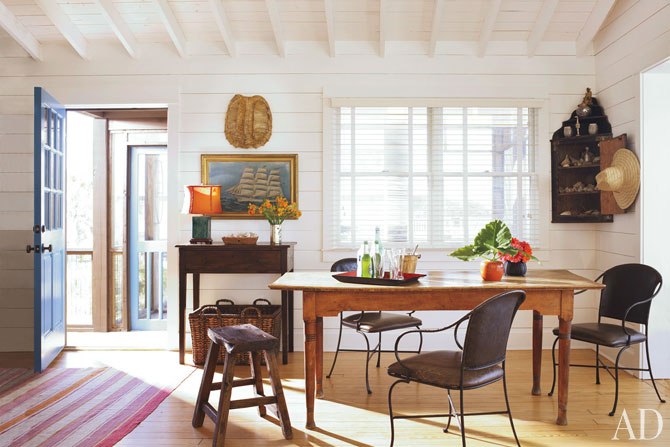 According to AD, most residents of Charleston, South Carolina (which, by the way, is on our list of places to visit!), tend to gravitate toward the more well-known oases of Kiawah Island or Isle of Palms. But when interior designer Handegan and lawyer John Roven began searching for a beachfront property, they chose to set up shop on Folly Beach, a destination known more for its bohemian appeal than for its 'scene.' "It's reminiscent of how living at the beach used to be," says Handegan, referring to the stretch of barrier island that's located just a dozen miles from downtown Charleston. "This place was full of renegades, and people used to come here to hunt. Writers and artists followed, and lots of surers. It's a little eccentic, frankly." 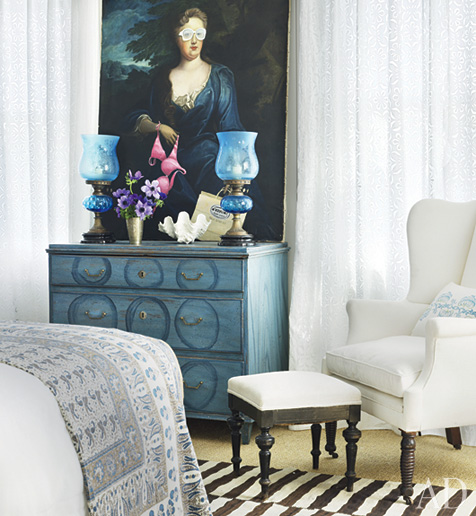 It sounds like just our cup of tea! Given how close Folly Beach is to Charleston proper, we may have to arrange for a trip down to the sandy seafront during our stay in South Carolina. The couple had been coming to a tiny fishing cottage on the island for a couple of years when they spotted the 950 square foot bungalow. Cloaked in asbestos shingles, the Folly Beach home was a bit of a sight for sore eyes, but Handegan saw its potential. They snapped it up as a retreat right away, and began renovating. The renovation consisted of reimagining the one story building, and then adding, behind it, a two-story wing containing four bedrooms and four baths. Tiny bungalow no more! 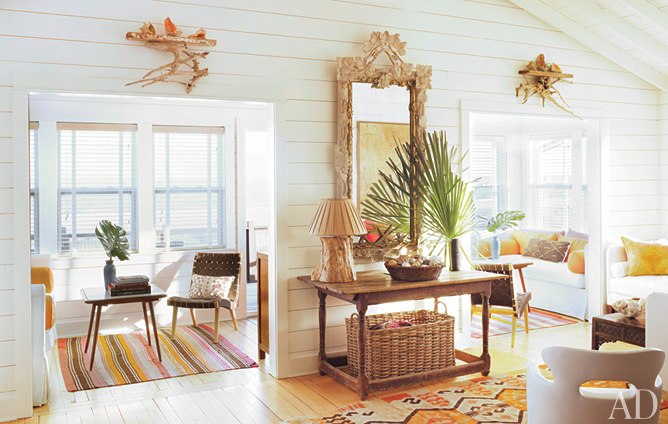 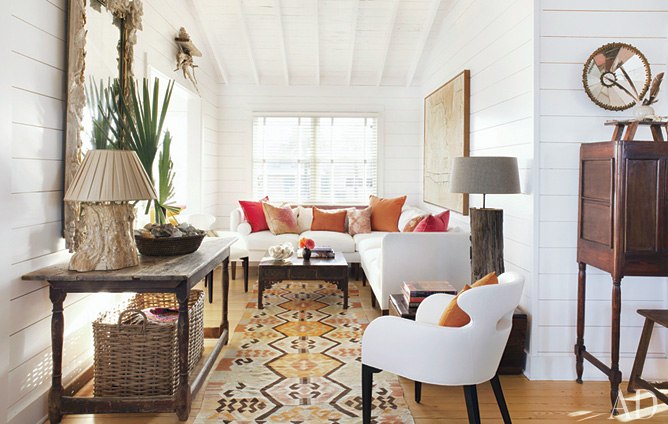 The bungalow possessed a poky floor plan, so walls were knocked down and low ceilings opened up. Recast for casual entertaining, the space now encompasses an L-shaped area for living and dining and a sunny kitchen, all painted a brilliant white and gently accented with oranges and pinks inspired by a trip to India the couple took a few years ago. “I had a vision of doing the whole white thing, but I couldn’t really be that Zen,” says Handegan, going on to describe the interiors as “bare bones and not dressed up.” That being said, she sprinkled the house with items acquired on that subcontinental sojourn, including an assortment of lively block-printed cottons. Spice-color carpets from India, Bolivia, and elsewhere are spread across the polished pine floors; a pale-pink guest bedroom is hung with curtains of humble burlap, their scalloped valances decorated with jute tassels. A maharajah-worthy jhula—an elaborate wood swing common in Gujarat—graces the ground-floor porch, not far from an outdoor shower and a raised-bed vegetable garden where Roven grows tomatoes, beans, and squash.

If you don't mind, we'll just move right on in. We've been looking for a beach retreat!