Would you believe that I (Sarah) have never been to LA? Kathy’s been numerous times, but I have yet to check out the City of Angels. I’ve been to San Fran a handful of times, but only to visit close friends who’ve relocated from New York to the city of the Golden Gate. Los Angeles has never held any real pull with me, to be honest. I think part of me assumes it’s all smog and celebrities, with spray tans and engineered body parts – so not my scene. Then again, I’ve heard the design spots are to die for (H.D. Buttercup, I’m looking at you!). The food is beyond. And the views, well…let’s just say California’s known for its beaches. What have I been waiting for? I don’t know, really. It’s not as though anyone needs a good reason to go west!

Perhaps I’ll put LA on my list of “must visit” spots (alongside the Amalfi Coast, Nicaragua, and Croatia). And if I do go, one thing’s for sure: I’ll be visiting (if not staying at) Palihouse Santa Monica. How chic (and oh-so-Hollywood) does this boutique hotel look? 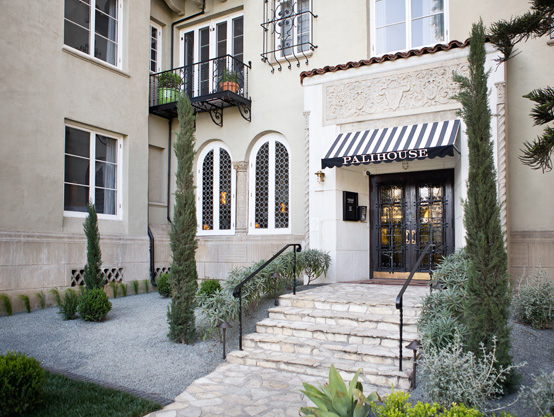 Palihouse Santa Monica is a boutique beach lodge offering 38 generously appointed classic rooms as well as stunning studios, one and two-bedroom guest suites featuring fully equipped kitchens. In continuous operation since 1927, Palihouse Santa Monica (formerly The Embassy Hotel Apartments) is an outstanding example of Moorish-influenced Mediterranean Revival Architecture. The hotel dates back to a time when Santa Monica was the last Los Angeles rail stop and travelers from all over the world came for seaside vacations all year round. 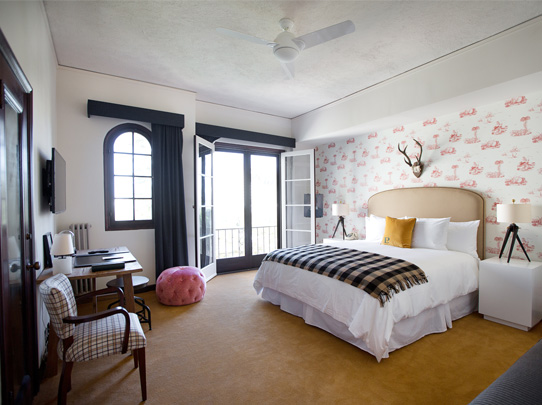 The building has been meticulously maintained and remains renowned for its elegant exterior ornamentation, lush courtyards and gracious lobby. Located in a quiet residential neighborhood, Palihouse Santa Monica is only a few minutes walk from some of Santa Monica’s most famous attractions including the Third Street Promenade, Farmer’s Market and the Santa Monica Pier. 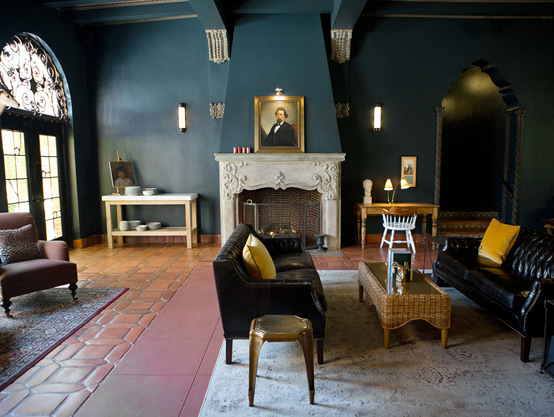 Well, I’m just about sold. I love the history of the place, and the design ain’t too shabby either. I’m loving the moody lounge above, and how about the bar (below)? 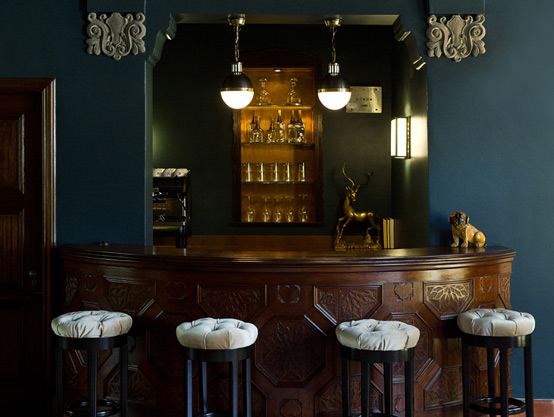 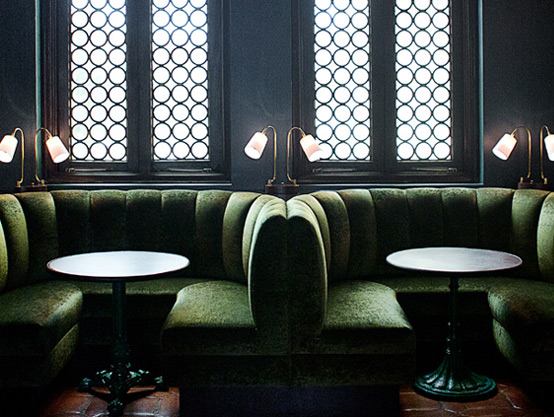 I could have a Moscow Mule (or two) in those amazing upholstered booths, couldn’t you? This is the sort of place I can imagine old school celebrities partying in, saying things like “Darling, you mustn’t!” as they smoked their cigars and cigarettes. 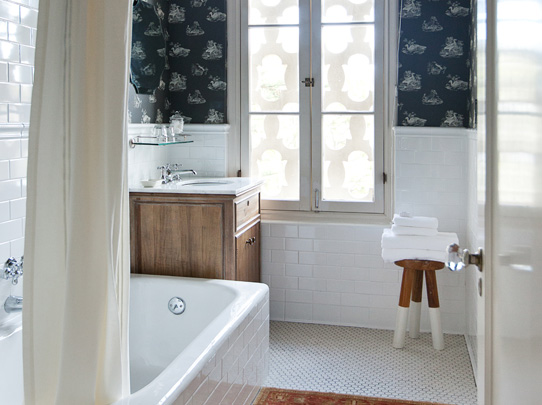 How adorable is the bathroom above? I love that dip-painted stool, and the penny tile on the floor. It manages to look chic, rustic, lived-in and yet modern, all at once! My favorite sort of style. Give me a large bathtub, subway tile, and penny tile any day, and you’ll make me a happy girl. I’m also loving the simple, almost Ralph Lauren-esque design of the hotel’s bedrooms, below. Sleek yet cozy, this room could just as easily fit in at a lodge in Colorado, complete with a crackling fireplace and freshly fallen snow outside. Step inside Palihouse, and you might never know you’re in the middle of Santa Monica. 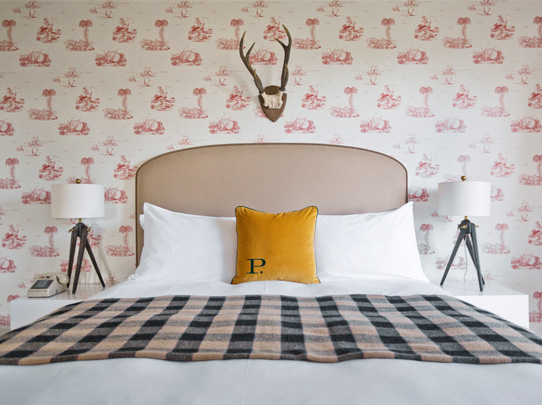